As you know, China has been a great power since the Antiquity, and not only economically speaking, but also historically. China creates an entire bouquet of oriental traditions that are still respected and eagerly expected even in the present. Here are some of the most relevant examples:

In China, the most important holiday is the Spring Festival. In this period of time people around the country come back home and for a half of month the transportation systems are very busy. Mostly, this festival represents what Christmas is for the people in the West and just like our Christmas, the Spring Festival starts annually at the begging of the 12th month of the year and it lasts until the middle of the first month, next year. The difference between Christmas and Spring Festival is that it takes place at the different period of time because Chinese people don’t follow the Gregorian calendar like West people do. This holyday has its origins in c. 1600 BC-c. 1100 BC period, in the Shang Dynasty and it appeared because of the need of people to celebrate the end of a year and the begging of another.

An important part of the tradition is the food. In north China they eat nianga, that means “higher and higher, one year after another “which is a cake made of glutinous rice flour. In southern China jiaozi is the most popular type of food for this holiday. Jiaozi is a type of food eaten at breakfast and with the shape of an ancient gold ingot. With this, Chinese people wish for money and treasure.

The other traditions are similar to occidental traditions for the New Year’s Eve: every member of the family stays up until midnight and there is a firework show, but only in the small cities because in the big cities it is forbidden due to pollution.

A festival that is very important in the Chinese culture is the Lantern Festival. It started in the Western Han Dynasty and it is held every year, ever since then.  People will make hand-made lanterns and they will hang them in the streets, catching the eyes of the visitors. The most excited about this holiday are, obviously, the children who take part in fun activities such as “Guessing lantern riddles”.  The owners of the lanterns will put riddles written on pieces of paper on the lanterns. The person who resolves the riddle will get a special prize. This game is very important because it is full of wise Chinese lessons that children are willing to learn. 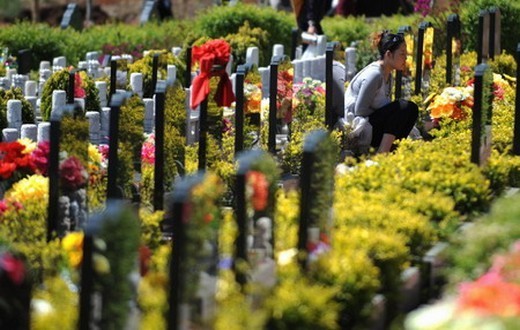 The Pure Brightness Festival, or Qingming is a festival with a fixed date every year: 4-6 April and it represents the moment when the temperature starts to rise and the rainfall increases but, of course, this is not the only meaning of his holiday. Qingming is the festival where happiness and sadness are celebrated together, being the day where sacrifice is the most important. Because of that, even the minorities join the Han in order to offer a sacrifice to the ancestors. Today, no one will cook around China and the people will serve only cold food. 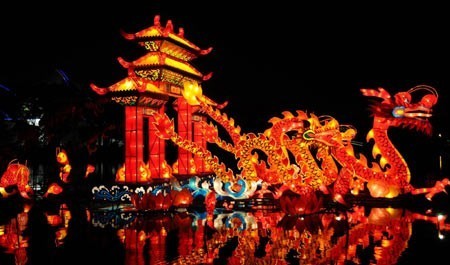 The Mid-Autumn Festival is located in the Gregorian calendar usually in October and in the Chinese calendar being located on the 15th day of the 8th month of the year.

Folklore has some stories about the origin of this holyday. It is thought that, in antiquity, there were 10 suns rising on the sky which destroyed all the crops of people, leading them into poverty. This is when a young hero, Hou Yi, worried about the future of the people, climbed on Kunlun Mountain and with his superhuman power, threw his bow and spoilt nine of the suns. After that, he commanded the last sun to rise and to help the crops to grow in the right way. This act, brought Hou Yi a great fame among the people of the country and many people came to him in order to learn martial arts.

On this day people celebrate the full moon and longing for a better life. They chose the 15th of August because, on every 15th of the month the moon is full and August because that’s the month when it starts the season when all the crops and fruits are ripe and also the weather is pleasant. On this day Chinese people will eat moon cake.